Determining Your Roles in the Parenting Process During a Divorce

Determining Your Roles in the Parenting Process During a Divorce 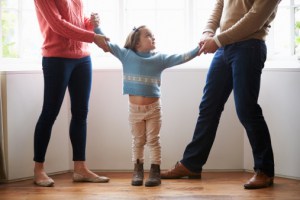 The benefits of mediation

One of the important aspects of the parenting plan law is that mediation is mandatory for all divorcing couples before a trial can be held. A mediator is a person charged with getting an agreement and should not pick sides in the case. Your lawyer can help you pick a good mediator to deal with your particular situation. Mediators for divorces are approved by the Tennessee Supreme Court procedures and rules, so a Rule 31 Certified Mediator is a lawyer who can handle mediation.

What happens if mediation does not work?

If the parents cannot agree about who will have the children or cannot agree over how to divide time with the children, the Court may have to decide. Judges hate to try to decide based upon a trial “quick snapshot” of the family. There are other methods a judge can use to obtain information about the parents and to evaluate the dispute about which parent should assume the role of primary residential parent.

One method used is the appointment of a guardian ad litem (“GAL”). The GAL will often be a lawyer but can also be a mental health professional or a social worker. The GAL will conduct interviews with the children’s parents, teachers, neighbors, and daycare providers, as well as with other persons who are regularly around the children. The GAL attorney will function similar to a lawyer for the children all while acting in the children’s best interest.

If the GAL is not a lawyer, a report is written that contains recommendations to the judge if the parties do not object. Most judges will not read the report until the trial begins. Parents who object to the report can instead ask the GAL questions as part of the proof by testimony. In contested cases, the GAL may also be deposed by one or both attorneys. Following the parties’ review of the recommendation, a compromise may be reached. If no agreement is reached and the court must decide the dispute, the court will evaluate the testimony (or the written report if no one objects).

A second method is use of a forensic psychologist. Different situations lead to the use of a psychologist. Treating psychologists often object to testifying about their patients; therefore, the court can order an independent child custody evaluation by an experienced and independent court-appointed psychologist. Normally, the evaluation will include mental evaluations of the parties and the family including anyone else living with the children on a regular basis.

A party may hire a forensic psychologist as an expert witness to assist in supporting his or her position. Most often this occurs if one party accuses the other of some form of mental illness, like bi-polar activity. The accused parent can consult with a psychologist for the purpose of having that psychologist provide an expert opinion to refute the allegations against him or her and defend his or her ability to act as primary residential parent.  My experience has been that such opinions do not often get as much weight with the judge as the appointed psychologist.

Custody evaluations by psychologists are very expensive and often time consuming, and can result in a delay for all the testing to be concluded. An examination is ordered by the court after allegations of mental illness, drug use, or emotional abuse is raised in the pleadings or testimony. The American Psychological Association has issued guidelines for its members who conduct these evaluations, which can be helpful to read in the event your case involves a custody evaluation. Usually, the independent court-appointed psychologist will conduct psychological testing on the parents and possibly the children, interview the children, and also write and issue a written report that both sides can review.  The report sometimes is read by the judge and/or the psychologist testifies at trial.

Should your children be made to testify?

Almost all psychologists and judges advise against calling a child as a witness in a divorce case for any reason. One of the most difficult but common situations arises when the children are the only witnesses to a parent’s violent, destructive, or offensive behavior. Though the children’s testimony would be important evidence to demonstrate that parent’s poor behavior, there are very few experiences which are more traumatic for a child than to be asked a question where the answer will be used to hurt one or both parents. Many lawyers agree and will refuse to call a child as a witness unless the matter involves severe physical or emotional abuse.

One reason a judge or lawyer may call your older child to the stand is to express his/her opinion about which parent should be the primary residential parent. Based upon statements made to me over the last 40 years, many divorcing parents mistakenly believe that at some age a child has the right to decide with which parent he or she will reside. There is no such age. In Tennessee the rule is that at age twelve, if the child expresses an interest in testifying on the issue, the judge must hear the testimony of the child and his or her preference for primary residential parent, either in the courtroom or in the judge’s chambers. Adults make the decisions about the children. No judge will allow the preference of a child alone to determine the outcome of a contested custody case. The child’s opinion is just one factor.

Child support determination is a very important part of the divorcing process. Following a determination of who will be the primary residential parent, child support must either be agreed upon or set by the court. One of the first considerations must be determination of the income of both parents. Then refer to the Child Support Guidelines worksheets. There are adjustments and credits to be made, depending on the individual circumstances of the case.

Helping you protect your children

At LaFevor & Slaughter, we care about our clients – and we care about their children. That is why we offer practical guidance and support to help parents protect their children. To learn more about the divorce process, or to meet with one of our experienced Knoxville divorce lawyers, please call 865-637-6258 or fill out our convenient contact form.