Mediation and Settlement in the Tennessee Divorce Process

Mediation and Settlement in the Tennessee Divorce Process 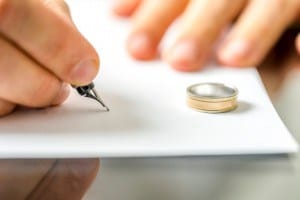 The next phase of the divorce is the negotiated settlement. Most lawyers and judges agree that a settlement will almost always be more favorable than the likely outcome of a contested trial. Settlement is preferred because there are opportunities for compromise and thoroughness in a Marital Dissolution Agreement that may not arise in a court’s ruling. For example, a spouse who expects that she/he will likely be awarded primary residential parent status can negotiate that the other parent agrees to pay certain college expenses for the children. By law, the trial court has no authority to impose that obligation upon the father. Spouses who settle their case avoid a trial where friends and family will likely be called as witnesses, putting the spouses’ personal problems on display.

The negotiated settlement allows a divorcing party to retain more control. The decision of whether or not to settle a divorce case is the client’s hands. While a lawyer may recommend for or against a proposed settlement, the final decision still remains in the hands of the client.

The process by which a divorce reaches a negotiated settlement varies from case to case. One common method is that one of the lawyers will be the first to draft a proposed Marital Dissolution Agreement and, if there are children, a proposed Permanent Parenting Plan. The other party can respond by making a counter-proposal, requesting mediation, seeking discovery, or asking for additional information.

Mediation is an informal settlement process by which the parties meet with a neutral third party who has been trained in mediation and approved by the court to deliberate in an informal manner. In divorces, mediation is generally required prior to setting the case for trial. While mediation is not required by law in cases not involving children, many judges will order divorcing parties without children to attend mediation prior to granting a trial setting.

The benefits of mediation

While many people tell me they believe mediation can be a waste of time, money, and effort, statistics show that more than half of all cases that are mediated either settle during the mediation process or before trial. In most circumstances, mediation will save the parties a significant amount of attorney’s fees over the cost of going to trial.

Preparing for mediation requires knowing the value of all the party’s assets, debts, and having clear idea of what a reasonable settlement may be. Depending upon the amount of detail learned through discovery, preparing for mediation may require either a little or a great deal of effort. In an average contested case, trial preparation can cost three to a dozen times more than mediation preparation.

When all else fails

Helping you ease through a difficult life transition

Divorce can be hard; choosing the right lawyer need not be. At LaFevor & Slaughter in Knoxville, we help clients make the right choices for their futures, and strive to make a difficult process as smooth as possible. To speak with a skilled Knoxville mediator, please call our firm at 865-637-6258 or fill out our convenient contact form.