The decision to end your marriage is a deeply personal one. Certain challenges are bound to arise when two people decide that their partnership is no longer working. When one or both spouses serve in the armed forces, however, there are hurdles and challenges to face that civilians couples just don’t experience.

Our firm was founded by Jim LaFevor, a former U.S. Army Captain who spent decades helping military families through the divorce process. The law office of LaFevor & Slaughter continues his work by providing comprehensive legal guidance and services to military men and women who live or are stationed in Knoxville, Tennessee of the surrounding areas. Don’t hesitate to call us for respectful representation for military family law issues.

How does divorce work in the military?

Serving in the armed forces is an honorable yet difficult career, and way more for those who serve in combat or abroad. Service members, of course, go through the same highs and lows as civilians do in their personal life, but when you get into some of the legal nitty-gritty, there are a few key differences.

A military divorce is a lot like a regular Tennessee divorce, but where there are differences, they’re big. Because a divorce involving a military spouse can dip in and out of military law, state law, and federal law, you have a whole bunch of rules at play. These include:

We know this a lot to remember. Feel free to give our Knoxville lawyers a call for a consultation.

My spouse serves in the military. Where do we file for divorce?

When you file for divorce in Tennessee, military or not, you must meet the residency requirements in order to move forward in the process.  Many military retain their Tennessee home of record while relocating during their service. But this can be a problem for many military families if they are stationed in the state but not official residents of, or haven’t lived here long enough.

To file for divorce, you must either be a resident (six months) or you must have been stationed here for at least one year to prove residence. Jurisdiction – where you file – also plays a role. Here’s how we determine jurisdiction:

If you and your spouse move to Tennessee because you’re stationed at Arnold Air Force Base, and then six months later you decide to get divorced, you may have to file in the state you just moved from. If you are unsure where to file, our skilled military divorce lawyers can help you determine your jurisdiction and residency.

What is the Uniformed Services Former Spouses’ Protection Act?

Tennessee is an equitable distribution state, meaning that your assets are divided justly or equitably – but not necessarily equally – when you divorce. Retirement funds and pensions are considered marital property even if only one spouse contributes to them.

Under the Uniformed Services Former Spouses’ Protection Act (USFSPA), the spouse of an active duty, reserve or veteran service member may be entitled to part of their spouse’s retirement fund. The same Act also allows former spouses to claim survivor benefits even after a divorce. For example, if you and your spouse were hitched for 20 years or more, and your spouse was in the military for 20 of those years, you’ll be entitled to their military benefits, commissary, and exchange privileges after divorce. This law is based on the absolutely true fact that military spouses make incredible sacrifices, and should be recognized for that.

Can I get custody of my kid even though I’m in the military?

You can. You might hear that it’s impossible, but it’s not. It might be a difficult road, but you’re not gonna walk it alone. Members of the military tend to move around every few years for assignments. This can sure put stress on a family, and even more when divorced parents share custody. But don’t assume that just because a parent is in the military that they can’t get primary custody of their child.

The court makes custody decisions in a military divorce pretty much the same as they do for a civilian divorce. The child’s best interests are always first and foremost. This can mean the court will also take deployment orders into consideration. The same Tennessee parental relocation laws apply to service members as well as the military.

The Knoxville military family law attorneys at LaFevor & Slaughter can help you design a parenting plan that works for everyone but, most importantly, works for your child. 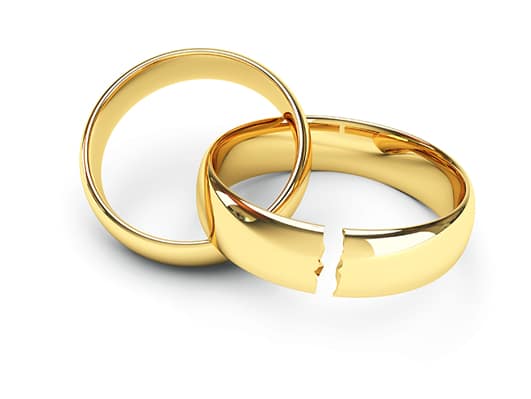 How do we split up our stuff in a military divorce?

Along with all the other regular Tennessee property division laws, in a military divorce the USFSPA goes into effect as well. The USFSPA authorizes payment of retirement benefits to a former spouse. As for things like the house, assets, property and everything else, it’s split equitably. Remember, equitable doesn’t mean 50/50 – it simply means fair. Whatever you brought into the marriage stays separate with you, and then you’ll divide whatever you two accumulated during the marriage (marital property).

Okay, that’s what the 10/10 rule doesn’t do. So what does it do? All it means is that a former spouse can get their portion of military retirement benefits paid directly to them if the marriage lasted 10 years or more, during which the spouse completed 10 years or more of service. Basically? It’s a direct deposit thing.

At LaFevor & Slaughter, we know firsthand what kinds of challenges military couples face. We guide you through the divorce process and create options designed with your goals and best interests at heart. We’re skilled negotiators who aim for an efficient resolution to your problems, but we won’t back down when an aggressive approach is needed. We focus on the fight so you can focus on moving forward.

If you want to read more about military divorce:

Skilled representation for military men and women facing a divorce

Military families work hard on their careers and their relationships. Sometimes, the challenge is just too much. The experienced divorce attorneys of LaFevor & Slaughter in Knoxville can ensure that you will not face those challenges alone. To schedule a consultation with one of our Tennessee attorneys, call us at (865) 637-6258 or fill out our contact form today.