You’ve got enough to worry about when it comes to your kids. We can help.

Man, divorce is tough on kids. It’s tough on parents, too. You’re used to seeing them every day. You can tell just be looking at them when they’re happy, when they’re mad, when they don’t feel well. Sometimes it seems like they’ve got a bunch of new friends you’ve never met, or suddenly they don’t like the same music they did last week, but they’re yours: you know them better than they know themselves. And now it’s 3:00am and you’re thinking about what Christmas morning is going to be like when you don’t hear their feet pounding down the hall towards the tree.

How on earth are you going to get through this all without your kids? How are you ever going to get a good night’s sleep again when you don’t know for sure where they are at night? What if your ex talks about you? What if they turn your kids against you? What if your battle axe of an ex-mother-in-law starts running her mouth because your son’s shirt’s untucked and your ex doesn’t stand up for your kids? What if they get hurt and you’re not there?

We get it. It’s a lot of stress and your heart is breaking, and you’re just so tired of fighting. So let us do the fighting for you at LaFevor & Slaughter. Our family law attorneys won’t let your kids be used as pawns, and we won’t let your ex get away with making you the bad guy, either. That’s not what we do. We can help you come up with a parenting plan that works for both you and your ex, and a custody schedule that follows the law but still makes sure your kids are okay.

Child custody in Tennessee – the basics

We have two types of child custody here in Tennessee. Here’s how they work.

When a parent has legal custody, it means they have the right to make medical, educational, religious, and other big decisions for the child. This could include choosing where the child goes to school or raising them in a particular faith. Most parents end up sharing legal custody, except in cases where it wouldn’t benefit the child’s best interests – which is always the number-one goal when making decisions about the kids in a Knoxville divorce.

Physical custody is just like it sounds – you have physical custody; you live with your child. You already know this is a major responsibility, providing food, housing, clothing, and everything else that comes with being a great parent. Sometimes the court will award joint physical custody if it’s in the best interest of the child. Remember, though, joint custody isn’t always 50/50. We work with the court to figure out the best parenting plan and schedule for your family’s personal needs.

Each type of custody can be held by one parent (sole) or shared by both (joint). With joint legal custody, one parent may be given the final decision-making authority in cases of an irreconcilable disagreement. You can even “mix and match” custody, so that one parent may have sole legal custody while both share joint physical custody. And a non-custodial parent can still get generous visitation rights.

If you’re wondering what happens if you and your ex can’t agree on important decisions, typically the parent with physical custody will have the final say. We’ll help ensure you have a voice.

I heard Tennessee always gives custody to the mother, no matter what

It used to be like that, but not anymore. Tennessee doesn’t use gender as a factor in deciding child custody. The state used to employ something called the “tender years doctrine,” but it no longer exists in TN law, so there’s no need to worry about that issue.

The courts do have a certain process to determine custody, though, and it gives you and your spouse a chance to negotiate a parenting plan between yourselves first. Here’s what to expect.

Both parents have to attend a four-hour parenting seminar, meant to “help the divorcing family through the traumas of divorce without putting more stress on the parties and their children.” You’ll also be asked to attend mediation and attempt to put together a parenting plan with your co-parent. If you’re successful, all we have to do next is submit it to the court for approval, and you’re all set.

However, if you can’t come to agreement, a judge will have to decide. We’re going to say it again so it sinks in: if you and your ex can’t figure out your own plan for custody, some stranger in a black robe is going to make that decision for you based on what they think is in your kids’ “best interests.”

That judge? That judge doesn’t know your kids. He or she doesn’t know that your daughter needs to hear a certain book read before she can sleep, or that your son likes to say his prayers facing the backyard. That judge doesn’t know which kids needs more time to wake up in the morning or which ones likes a certain cereal. And THAT is the person who gets to decide where your kids live if you and your ex can’t decide together, so it is in everyone’s best interest to create a plan together. And he or she probably couldn’t even pick you out of a line up.

So what information do courts use to decide child custody in Knoxville?

If there are any other factors that might be relevant, the court will look at those too.

What should be in a custody order? 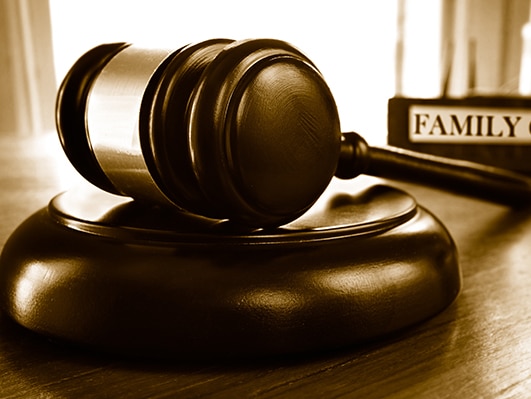 Our Knoxville child custody attorneys can help ensure you don’t miss any important details and that your parenting plan benefits the best interest of your child.

What are co-parenting apps? How do they make shared custody easier?

Let’s face facts. Not every divorce is amicable and not all co-parents are going to get along all the time. Technology to the rescue! There are a variety of apps that can make co-parenting so much easier in terms of keeping things organized across both families, cutting down on arguments and miscommunication. Here are just a few mobile apps some of our clients find helpful:

Other apps out there include 2houses, Fayr, and Custody X Change.

More information for you about child custody in Tennessee:

Our Knoxville child custody attorneys are on your side

You want the best for your children, and we understand. When you need someone to help you fight for your parental rights, the Knoxville family law attorneys at LaFevor & Slaughter step up. You don’t have to go through this alone. To schedule a consultation with one of our attorneys, call us at (865) 637-6258 or fill out our contact form today.