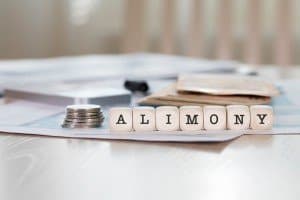 At the end of 2017, President Trump signed off on a $1.5 trillion tax overhaul bill. This bill, called the Tax Cuts & Jobs Act (TCJA), made some significant modifications to existing tax law. However, we want to call two changes in particular to attention – alimony deductions and the Child Tax Credit. The TCJA enacted some noteworthy changes that divorcing couples should be aware of and take into consideration when drafting their divorce settlements.

The long story short is as of January 1, 2019, alimony is no longer tax-deductible.

Before the TCJA, ex-spouses who paid alimony were able to deduct that expense from their federal taxes. And, those receiving alimony were required to report the alimony on their taxes as income. (For some financial background, in 2015 approximately 600,000 taxpayers claimed around $12 billion of alimony deductions.) These deductions are now eliminated under the TCJA.

What might this mean for your divorce? Because alimony was tax-deductible under the former tax plan, many ex-spouses were more agreeable to a larger alimony payment. However, now that alimony cannot be deducted from taxes, the spouse paying alimony may fight for a lower payment. No tax deduction can mean a lowered ability to pay. For people with limited incomes, paying out an extra $200 or more per month can be difficult.

These changes only affect divorces enacted January 1, 2019 and after. Any existing divorce judgments are grandfathered in under the previous tax law. So, if your divorce agreement was taxable or deductible before, it should remain so. However, it’s important to check with your Knoxville divorce attorney if you have any questions, or are thinking of modifying your divorce agreement. Couples planning on marrying should also keep this in mind when planning pre- and post-nuptial agreements.

These changes regarding children/dependents and taxes went into effect in 2018. Note that under TCJA, child support payments remain non-tax-exempt and non-deductible.

From now on, taxpayers can no longer deduct their children (or others who qualify) as dependents. This can have a significant effect on divorce settlements going forward, as divorcing couples often negotiated the right to claim their children on their individual taxes as part of their parenting agreement.

However, there still may be value in negotiating the right to claim one or more children on your taxes if you’re getting divorced. TCJA raised the child tax credit from $1,000 per child to $2,000 per child. This credit is available to anyone filing head of household or single with incomes up to $200,000, or if you’re married and filing jointly with an income of up to $400,000.

These changes are set to sunset – or expire – in 2025 if not renewed, so it’s important you speak to your family law attorney if you’re considering a divorce, modification, or parenting plan.

The Knoxville divorce and family law attorneys at LaFevor & Slaughter are well versed in the ramifications of new tax laws and are ready to answer your questions. Call us at 865-637-6258 or complete our contact form to schedule a consultation with a Knoxville lawyer today.