Can a Child Ever Choose Which Parent to Live With?

Home/Family Law/Child Custody/Can a Child Ever Choose Which Parent to Live With?
Family LawDivorceEstate PlanningImmigration

Can a Child Ever Choose Which Parent to Live With? 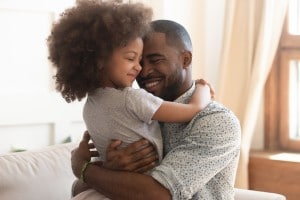 In all child custody cases, the Tennessee family court system aims to do what is best for the children. When children are young, they typically have little or no say as to legal and physical custody decisions. Older children do have the right to voice their opinion. Courts generally listen to older children because they understand strong-minded children need more freedom and less control than younger children.

Courts consider a variety of factors in deciding the custody rights of each parent. Tennessee law specifically provides that the following factors should be considered with regard to the choices of the child.

The last bullet in the list isn’t controlling; that means the preferences of an older child will be given strong weight, but family judges still prefer joint custody. For a child’s say to be the deciding factor, there normally has to be proof of some type of abuse. Generally, courts prefer that children NOT be forced to say which parent they wish to stay with.

The three sections also reflect the reality that older children are more set in their ways. Children in middle and high school normally want to continue the relationships they have with friends and school activities. Courts are generally reluctant to uproot an older child unless they are not performing well in school or if there are development or social problems.

Forcing children to spend time with another parent

Parents are expected to educate their children on the terms of any parenting plan and the obligation of the parent to comply with the precise terms of the plan. This obligation can include the possibility that the plan will be altered in favor of the other parent if the parent doesn’t work to personally ensure the child is available and encouraged to spend time with the other parent.

If a child is committed to school activities or has other good reasons, then the parents should work reasonable trade-offs of time with a child. Parents and older children should reasonably expect that if they fail to spend time with the other parent, that the other parent may ask the court to change the terms of the custody arrangement. In some cases, a psychologist may be called in to consult with the child about his/her reasons for refusing to be with one of the parents.

At LaFevor & Slaughter, we understand that children need two stable supportive parents. We also appreciate that every family situation is unique. To learn about your child custody rights, call our Knoxville child custody lawyers at 865-637-6258 or fill out our contact form to schedule a consultation. We represent parents and children who reside in Knoxville and the nearby locations.