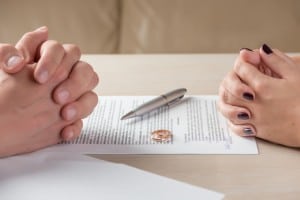 If you’re like most folks who are considering the end of their marriage, you’re probably getting a lot of advice (wanted or not) from friends and family, and checking out a lot of blogs and stories online. This means you’ve probably seen the phrases “dissolution,” “annulment” and “separation” used interchangeably with the word “divorce.”

We wanted to clear up any misconceptions you might have about the terms, because they don’t all mean the same exact thing.

A quick note about “divorce” and “dissolution”

This is the only paring that you can use interchangeably. “Dissolution” means “end,” and the document you sign to officially end your marriage in Tennessee is called the Marital Dissolution Agreement, or MDA. Other states may have different definitions of the two, but in Tennessee, both are used. Technically, you could argue that “dissolution” is the term used by the Courts, whereas “divorce” is the term the general population uses (if you want to split hairs).

Legal separation vs. divorce in Tennessee

For some couples, divorce is not an option. This may be because of their deeply-held religious beliefs, or it could be a more pragmatic decision made for financial reasons – it depends on the couple. A legal separation allows you to formalize your time apart with your spouse. You are still legally married, however, which means you lose some of the protections you would if you formally divorced.

There are some benefits: you can still file your taxes jointly, and anything assets you obtain after the separation will remain your separate property, which means they cannot be factored into a decision if you decide to divorce later. You or your spouse will be able to keep your health benefits (if that is an issue), and a judge may decide to grant one of you spousal support. On the other hand, if one of you begins a new relationship while separated, the other spouse may claim adultery as grounds to get divorced later. Furthermore, legal separations can take just as long, and cost just as much, as a divorce does. So really, the option isn’t right for everyone.

Annulment vs. divorce in Tennessee

Annulments are tricky; the state of Tennessee only allows them under very limited circumstances, because such an action declares your marriage null and void from the start. It is like your marriage never existed. If you seek an annulment, however, the laws regarding child support and child custody still apply.

The most common reasons to seek an annulment include:

Legal annulments are different from religious annulments, too. If your place of worship grants you an annulment, but you are legally married, you must seek an annulment, separation or divorce from your spouse in the Courts. Otherwise, you might commit bigamy yourself, if you get remarried.

Every couple is different, with its own unique needs and circumstances. If you’re not sure whether you want to get divorced, file for a legal separation, or have your marriage annulled, it’s time to sit down with an experienced Knoxville divorce lawyer and see what option is best for you. To schedule a consultation with LaFevor & Slaughter, please call 865-637-6258, or fill out our contact form.