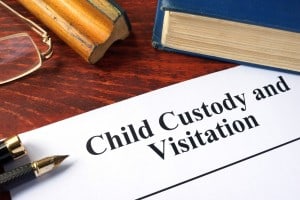 The opioid epidemic continues to devastate families throughout Tennessee. According to an article in The Tennessean, the opioid crisis has killed more people in the Volunteer State than traffic accidents, as three people die from drug overdoses every day. In 2017, more than 1,090 babies were born with neonatal abstinence syndrome to mothers addicted to drugs. The Tennessean reports that there are about 7,800 children living in foster homes and group homes because they were being neglected or abused at home.

But what if you are divorced and your co-parent is struggling with drug addiction? You do not feel safe handing your children over to their other parent knowing that they might be neglected, or they could witness their other parent using drugs or even buying drugs. The other parent cannot responsibly supervise the children or attend to their needs if they are abusing drugs, but what can a concerned parent do to protect their children without interfering with the other parent’s custody rights?

The Tennessee courts make custody decisions according to what is in the best interest of the child. If one of the child’s parents is abusing drugs and not seeking treatment, this can place the child’s safety in danger. If the parents are divorced and there is a joint custody agreement in place, the parent who is not struggling with addiction can petition the court to request that the other parent undergo drug testing to confirm their suspicions. Once the results of the drug test are revealed, the court will then make a ruling about custody and visitation.

The court could temporarily modify the custody order and give sole custody to the parent who does not have a drug problem. The court may require that the other parent submit to drug testing prior to parenting time, and the concerned parent can also petition the court to request supervised visits if the parent with the drug addiction continues to fail drug tests.

In some cases, it may be in the best interest of your child to have the other parent terminate his or her parental rights.

In The Tennessean story, Knoxville County Juvenile Court Judge Tim Irwin, who presides over more terminations of parental rights cases than any other judge in Tennessee, had this to say:

“It’s a terrible thing that we do here on a weekly basis. But you can’t trust active opiate addicts to be parents. They’ll put their addiction first every time. You hate to sever the bond between a mother and child, but it doesn’t end there because a lot of time the mother has another child and you have to go through it all over again. It’s the saddest thing I do.”

Severing parental rights is never an easy decision, but the court must keep the best interests of the child in perspective. The Tennessean also reports that there was a 51% increase in the number of parents who have lost parental rights, and those children often end up in the custody of the Department of Children’s Services (DCS) when neither parent is able to care for the child.

When a parent is in the throes of addiction, if they are not receiving treatment, they are almost never able to put their child’s needs ahead of their own compulsions to use drugs. Is your co-parent has been arrested for drug-related charges, failed a drug test after DCS received a report of neglect or abuse, or if they failed a court-ordered drug test, that parent may be ruled as unfit to parent the child.

Once a parent has completed a drug treatment program, and they can demonstrate that they are taking responsibility for their lives by continually taking and passing drug tests, they may be able to have their custody rights and parenting time restored if their parental rights have not been permanently terminated.

At the Law Offices of LaFevor & Slaughter, our Knoxville child custody attorneys are familiar with the challenges faced by families being torn apart because of drug addiction. We can help protect your child’s best interests. For strong child custody representation, you may call us at 865-637-6258 or complete our contact form to schedule a free consultation. We represent parents and children throughout Tennessee.