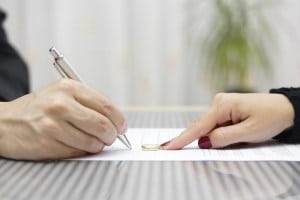 When a couple in Tennessee decides to get a divorce they can either sit down and work out a mutually agreeable plan for how they will divide their marital property between them, or if they can’t come to an agreement, the court will make a ruling for them.

Tennessee takes the equitable division approach to dividing marital property in divorce. This means that the judge looks at several factors in the law with regard to each party’s financial situation, their contributions to the marriage, whether the couple has children, each party’s potential earning power and many other factors and they come to a decision about how to divide the assets equitably between the two. Equitable does not mean that half the estate goes to one party and half goes to the other. Judges do their best to make sure that neither party is slighted when it makes a ruling.

What happens to assets that one spouse had before the marriage?

Assets may remain “separate” or by a legal concept of transmutation change into “marital” property subject to division by the court. Let’s say for example that a woman inherited a house from her aunt before she got married. The house is in her name and it can be considered separate property. However, what if the couple uses that house as a vacation home in the country? What if the couple borrows against the value of the house to make some improvements to a business they own in common? Property that was originally separate property that gets comingled with marital property can be considered to be marital property when it comes time to divide up the marital assets.

Who gets custody of the family pet?

In Tennessee pets are considered property, and not, as many people consider them, a part of the family. Unless the parties can come to an agreement about which household will get the dog, the court will make a ruling. Couples who have a beloved family pet and are planning to get divorced should try to work out a plan where both parties can share access to the pet while both also share the cost of the pet’s care including vet bills, pet sitters, dog walkers, etc.

Fault is generally taken into consideration only with regard to spousal support. It does not factor in to the judge’s decisions about property division unless the cheating spouse dissipated marital assets in the conduct of the affair.

Is there a way to keep one spouse from wasting marital assets once the divorce has been filed?

Sometimes from the moment the divorce papers are filed one of the parties tries to hide or transfer assets so that the other spouse will not have access to them.  This is generally an illegal action but proof must be obtained to demonstrate to the court that the party is not “playing fair.” A spouse who is concerned that their partner may be up to no good can request that the court put a more specific restraining order/temporary injunction on the couple’s joint accounts so that one spouse can be prevented from going on a frivolous spending spree at the other’s expense. Certain mandatory injunctions go into effect upon the filing of a divorce but diligence is needed to assure compliance in some cases.  The automatic injunctions are:

Enforcing the injunctions requires monitoring of the assets.  Sometimes hearings are required before the final trial to prevent the waste.  Generally, if one wastes from the joint assets, at the final hearing what has already been spent/wasted will be counted as given to the person spending the assets with an equitable amount awarded to the spouse who did not violate the injunctions.

Just as every marriage is different so is every divorce different. Judges make decisions about marital property division on a case by case basis. An experienced Knoxville divorce attorney would be able to make an educated guess about how the courts will decide certain issues. You can sit down with an attorney and ask questions about your situation and get sound, legal advice that will give you the information you need to make smart decisions about your divorce and about your future.

If you are thinking about divorce, contact LaFevor & Slaughter to schedule your free, initial consultation today to discuss your case.