The Role of Mental Health in Divorce, Custody, and Other Family Law Matters

The Role of Mental Health in Divorce, Custody, and Other Family Law Matters 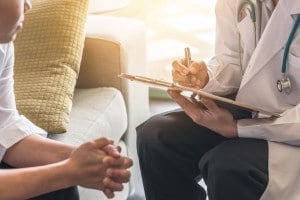 People seek divorces for many reasons. Often finances and infidelity are prime reasons. One factor that is also a possible factor in divorce is the mental health of one of the spouses.

There are various challenges in using the term “mental health” when it comes to issues of divorce. A spouse or parent who seeks psychological help isn’t mentally unfit just because he or she seeks treatment or counseling. Divorce and custody place a lot of strain on relationships. Spending time with a physician or therapist can be beneficial. While the marriage is faltering, seeking marital counseling can also be a good idea.

Still, some spouses or parents simply have difficulty coping with the pressures of life even in the best of times. Some people suffer from deep depression and anxiety. In severe cases, they may have schizophrenia, bipolar disorder, or may have other disorders that would fall under the legal catch-all phrase of “insanity.” In general, the Tennessee family courts try to find the right balance between those people who can be helped with short-term therapy and people who genuinely have difficulty functioning, difficulty being loving, and difficulty caring for a spouse or for children.

According to recent article in the National Law Review, about 46.6 million adults suffer some form of mental illness in a given in year. About 11.2 million have a serious mental illness that “interferes with or limits one or more major life activities.”

In Knoxville and across Tennessee, spouses can divorce either if they both consent and file a no-fault divorce, or if one of the spouses has grounds for divorce. While there is no direct ground titled “mental health,” grounds can be found on related issues which may allude to mental health concerns, such as:

If a spouse’s mental health condition renders him or her unable to represent his or her best interests, then it may be necessary to appoint a legal guardian.

A parent’s mental health could be raised in custody cases. There are two types of custody in Tennessee – legal and physical. Legal custody is the authority to make long-term decisions for the child such as education and religious decisions. Physical custody is the decision about where the child lives on a daily basis and who takes care of the child’s needs – food, getting to and from school, social activities, and other matters. Both types of custody can be shared or can belong to just one parent.

The primary concern in custody cases is that the child’s life should not be in danger. This covers concerns about the child’s safety, hygiene, nutrition, and other essentials. It also includes protecting the child from any type of abuse.

Tennessee reviews numerous factors in determining custody. One of the factors does depend on the mental health of the parent. § 36-6-106:

“The moral, physical, mental and emotional fitness of each parent as it relates to their ability to parent the child. The court may order an examination of a party under Rule 35 of the Tennessee Rules of Civil Procedure and, if necessary for the conduct of the proceedings, order the disclosure of confidential mental health information of a party under § 33-3-105(3). The court order required by § 33-3-105(3) must contain a qualified protective order that limits the dissemination of confidential protected mental health information to the purpose of the litigation pending before the court and provides for the return or destruction of the confidential protected mental health information at the conclusion of the proceedings.”

Whether a parent will be given any type of physical or legal custody depends on the severity of the mental health problem. The bottom line is always what’s in the best interest of the child.

Additional family law factors where mental health is a factor

Spouses and parents who seek to declare the other spouse/parent as being mentally un-healthy should understand that that a decision on mental health fitness can affect the following family law issues:

As with every case, Tennessee will investigate the reasons behind any mental health difficulties or disorders. At the Law Offices of LaFevor & Slaughter, we represent spouses and parents who have strong concerns that their spouse is not mentally fit to support a marriage or take care of a child. We also represent spouses and parents who do have mental health challenges. To speak with an experienced caring family lawyer, call us at 865-637-6258 or complete our contact form to speak with a family lawyer. We represent spouses, parents, and children throughout Tennessee through appointments at our Knoxville office.