What is Moral Turpitude?

What is Moral Turpitude? 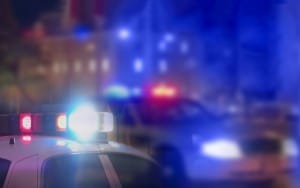 Through much of our nation’s history, the U.S. government has leveraged the criminal justice system to deport immigrants already in the country and prevent other immigrants from entering. Immigrants have traditionally been held to high moral standard through laws that cover certain types of crimes involving “moral turpitude.” This term first appeared in the 1891 Immigration Act. The Immigration Act of 1996 added additional broad language covering crimes involving moral turpitude (CIMT). It gave states the ability to define these types of crimes in broad terms for immigration cases.

The legal definition of a Crime Involving Moral Turpitude

The definition of a CIMT, according to the Board of Immigration Appeals (BIA), is: An act of “baseness, vileness, or depravity in the private and social duties which a man owes to his fellowmen, or to society in general, contrary to the accepted and customary rule of right and duty between man and man.”

Many recognize that CIMTs are defined in a broad manner, requiring an immigration judge or officer to determine what actually constitutes “baseness, vileness, or depravity.” In some cases, judges may rule that a DUI or an assault is a CIMT. In other cases, minor crimes such as shoplifting may fit the bill (though this used to be rare).

Generally speaking, the crime must involve:

Understand, however, that things have been changing quietly and rapidly. The Stanford Law Review’s recent symposium featured research about this expansion:

“[S]ince 2016, the BIA has quietly, yet significantly, expanded the scope of convictions that fall within the definition of a CIMT…. [B]y expanding the very meaning of ‘moral turpitude,’ the BIA’s jurisprudential interventions enable a broader spectrum of offenses to qualify as CIMTs. The subject matter has varied, including crimes involving shoplifting, burglary, assault, animal fighting, sexual offenses involving minors, and misprision of (i.e., concealment and failure to report) a felony.”

Some of these crimes, like sexual assault, surely fit the definition of “baseness, vileness, or depravity.” We would argue, though, that not all of them do. For example, shoplifting is largely a misdemeanor crime that, in most cases, will involve paying a fine. In some states, failure to report a felony isn’t even illegal (though it is in Tennessee). The point is, the definition of CIMT has become broader and farther-reaching, and if you are charged with ANY crime, you are going to need a lawyer.

Will I be removed from the country if I am convicted of a CIMT?

Receiving a conviction on a CMIT does not guarantee you will be removed or deported from the United States. Eligibility for deportation under federal law requires an immigrant to have been convicted of a CIMT within five years after his or her date of entry into the country, and be sentenced to one or more years of confinement. In addition, an immigrant may be deported if he or she is convicted of two or more CIMTs, regardless of his or her date of entry or whether or not he or she was previously confined.

But let us be clear: with the ever-expanding grounds for CIMTs could be problematic, and you do not want to fight back alone.

At the Law Offices of LaFevor & Slaughter, our Knoxville immigration attorneys fight for the rights of immigrants facing deportation. If your case involves a question of a potential crime involving moral turpitude, or any other immigration issue, call us today at 865-637-6258 or use our contact form to request a consultation.