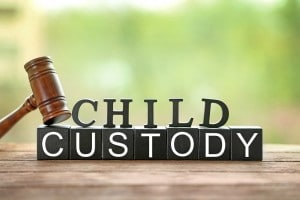 Once a family law judge issues a child custody order, that agreement is legally binding and enforceable. This means both parents are obligated to follow the terms of the agreement unless a further modification is approved by the court. Of course, life and circumstances can change for one or both parties, as well as for the children, after a divorce. Sometimes these changes are so significant that a modification to the original agreement is in order.

However, you may have wondered whether in lieu of a legal court ordered modification, you and your spouse can simply modify the agreement on your own.

If you and your former spouse are on amicable terms and your co-parenting arrangement has been working out well, the idea of modifying your child custody arrangement without going to court may sound appealing. However, you should be aware of the potential pitfalls of this course of action, as mentioned below.

The court may only enforce the terms of an original custody arrangement, not an amended agreement you and your spouse have worked out. You may find yourself in an increasingly difficult situation if the other parent one day decides he or she no longer wants to honor the amended agreement. You will have no grounds to have your amended agreement enforced by the court.

On the other side of the coin, if you continue to operate under the terms of the amended agreement without the consent of the other parent, he or she would have the support of the court and the law, not you.

When an ex-spouse changes his or her mind about a custody arrangement and asks for favors on occasion – such as, “Can I have the boys for an extra weekend?” – you may think nothing of complying with your ex-spouse’s request, even though it is outside of the official custody arrangement. However, this could lead to additional requests from the other parent that eventually contradict the structure of the actual custody arrangement.

Modifying your custody arrangement legally through the court

The only way to absolutely ensure your rights are protected when it comes to the custody privileges you have with your children is to modify your custody agreement through a proper legal process. This involves filing a petition with the court for modification to the agreement, citing one or more significant changes in circumstances that justified the proposed modification.

Some examples of significant changes in circumstances that may persuade the court to change you and your ex spouse’s existing custody arrangement include:

Although a single factor mentioned above may not be sufficient to justify a change to an existing custody arrangement, multiple factors together may establish sufficient evidence to the court to grant a modification.

At LaFevor & Slaughter, our Knoxville family law attorneys understand the difficult nature of child custody arrangements and the emotional impact upon all parties involved. We can help you protect the best interest of your child through our dedicated and compassionate representation. To set up a free consultation about your child custody situation, give us a call today at 865-637-6258 or complete our contact form.