How Does Family Immigration Work In the US?

How Does Family Immigration Work In the US? 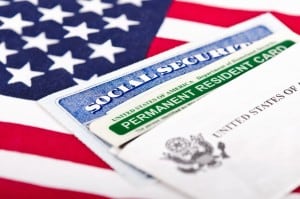 US citizens have the right to file a petition for a visa on behalf of their immediate relatives. The sponsor, the person who files the petition, must be a US citizen. There are two categories of family immigration visas, according to the US Department of State – Bureau of Consular Affairs.

These immediate relatives have priority over other visa applications.

The second type of family visa is for more distant relatives. These visas, according to the State Department, are limited by number and by family relations. These family preference visas require that the sponsor be a US citizen and that the relationship to the sponsor be the following:

An experienced Tennessee immigration lawyer will explain if you are an eligible sponsor. The attorney will then explain the steps that you and the relative you’re sponsoring must take to be approved for the visa. The main steps are as follows:

The applicant will have to submit to an interview – typically at the US Embassy or Consulate where the relative lives. The attorney will review with the applicant what questions are likely to be asked and how translation of languages works. The medical exam and any required vaccinations must be completed before the visa interview.

Immigrants must come to the US through a US port of entry within the time limit on the visa. The visa is just the request for permission to enter America. If the entry is approved and the immigrations fees are paid, the relative is given an alien registration card – also called a green card which confirms the relative’s status as a permanent resident.

At the Law Offices of LaFevor & Slaughter, we understand the importance of family. Our Knoxville immigration lawyers understand the complex immigration visa process. For help obtaining a visa and a green card for a foreign relative, call us at 865-637-6258 or fill out our contact form to schedule a free appointment. We represent clients who live in Knoxville and the surrounding areas.