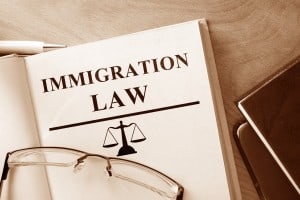 It’s natural to be scared if a family member or a friend is being held in detention by the Immigration and Customs Enforcement (ICE) agency. If you are arrested, and the local law enforcement agency believes you are undocumented, it can contact ICE. ICE can request a hold for 48 hours – but after that, you have to be released.

Things are different, though, if Customs and Border Patrol apprehends your loved one directly. Then, he or she can be put into a short-term detention center for up to 72 hours. After that, ICE can take over custody of your loved one.

Generally, family members and lawyers aren’t given notice of the transfers, which can make helping the detainee unusually difficult. There are databases that can be searched and offices contacted to help find your loved one or friend. This database helps find people 18 years of age and older.

If ICE won’t release the information about the person you are looking for, you or your immigration lawyer should:

If there is still no response, you can try to contact the consulate from the possible detainee’s country of origin. To locate the detainee, it helps to have his or her alien number (usually located on a work permit or green card), the country of birth, date of birth, and likely name in the ICE system. Some detainees are moved to a correctional facility, so it may be necessary to contact local prisons.

Time is crucial. That’s why it’s important to speak with an experienced immigration lawyer immediately. A detainee can be deported or transferred fairly quickly. Currently, the detention process is being used aggressively.

ICE is the enforcement arm of the Department of Homeland Security (DHS). Detentions are used be DHS believes a person is a safety threat or a flight risk. People can be detained:

Deportation officers can offer the detainee a voluntary departure, a stipulated removal, or other kinds of release. It is very important for the detainee to review these offers with an immigration lawyer who can explain the consequences for accepting any offer.

An immigration lawyer can help the detainee obtain a release. Typically, ICE will set bond first – a financial guarantee that the detainee will appear at any hearing or the person who posts the bond will forfeit the money. Not everyone is eligible for a bond. An experienced lawyer will explain when detainees can obtain a bond. If necessary, the lawyer will request a bond hearing to determine if the detainee can be released and on what terms. Anyone posting bond must have “legal status” in the US and make arrangements to pick up the person. Bond is expensive. The minimum amount is $1,500, but the truth is that it’s usually much higher than that. Most of the time, bond is set in the $5,000 range.

After the bond hearing, the immigration judge will set a formal hearing to answer the government’s charges. The time to obtain a hearing and a decision can take months or even years. In potentially lengthy cases, an immigration lawyer may file a habeas corpus to contest the delay.

At the Law Offices of LaFevor & Slaughter, our Knoxville immigration lawyers have the experience to help immigrants who are being detained, who are seeking asylum or refugee status, who wish to enter America through a visa or a green card, or who need help for any reason. For answers to your immigration questions, call us at 865-637-6258 or complete our contact form to schedule a free appointment.