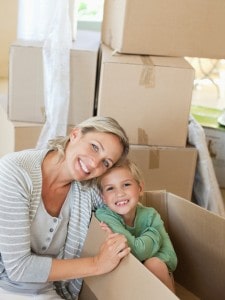 Tennessee has a law that details what the moving parent must do if he/she wishes to move and take minor children with him/her—to another state or to a new location that is more than 50 miles away from the home of either parent. The parent who is moving must notify the non-moving parent of their intent at least 60 days prior to the move, or risk being in violation of the statute (§ 36-6-108). The notice should include:

The non-moving parent then has 30 days after getting the notice to oppose the move. If an objection isn’t filed within the 30-day period, the parent who is moving has legal authority to take the minor child to the new location. In many cases, a new agreement can be worked out if the parents are putting the best interests of the child first.

The non-moving parent may object for many reasons. He or she may be concerned that the move will affect who has physical custody, who has legal custody, and how visitation will work. The parent who raises the objection may be concerned that the move is not for legitimate reasons, such as a new job or a marriage to someone else, but is really intended to alter the existing custody agreement or order.

The existing custody agreement will factor into any relocation dispute

If the parents have had substantially equal time with the child, then there is no presumption in favor of or against the move. The court will consider the following factors:

The family court will also examine how well the existing custody and visitation orders were met.

When the moving parents is the primary caretaker, the presumption is in favor of allowing the move unless the non-moving parent can show:

At LaFevor & Slaughter, our Knoxville child custody attorneys are ready to protect you and your child, whether the other parent wishes to move to another Tennessee location, Mississippi, Oregon, Canada, or anywhere not within 100 miles or beyond Tennessee. For calm but strong advocacy, please call us at 865-637-6258 or make an appointment by filling out our contact form.