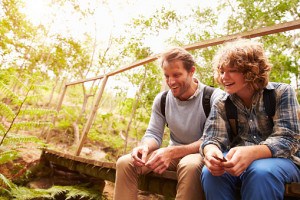 Let’s say you have gotten through a contentious divorce, where each of you agreed to the custody arrangement and parenting time schedule ordered by the court. However, since the divorce has been finalized, you have been growing increasingly frustrated by the fact that your former spouse refuses to comply with the custody order.

Child custody orders have the force of law, and if your ex keeps willfully violating them, you do have a legal recourse. Here are some examples of things that can constitute a violation:

With all of this disruptive behavior going on, it can create a lot of stress. If you are in a situation where your ex refuses to follow the custody orders there are a few things that you can do to rectify the situation.

The first step a parent might take if the other parent’s violation of the custody order is causing a serious problem is to have an experienced Knoxville family law attorney send your ex a letter that informs them of how their actions have been in violation of a court order, and the serious consequences of their behavior.

If your co-parent’s habit of playing fast and loose with the existing custody order and it is disrupting your life, begin by documenting each time they show up and pick up your child when it is not their time, keeps the child beyond their allotted time or any other disruptive behavior that violates the custody order make a note of the date and the circumstances. Do not attempt to take the situation in your own hands in retaliation against them. Do not speak ill of the other parent in the child’s presence regardless of how irresponsible their behavior. Finally, do not get the courts involved if it is just a minor or occasional infraction.

A knowledgeable Knoxville divorce attorney from the law firm of LaFevor & Slaughter is ready to protect your custody rights and make sure that your child gets the chance to spend time with each parent according to the child custody agreement.

At the Law Offices of LaFevor & Slaughter, we are here to be your advocate in a child custody dispute. You are welcome to call us at 865-637-6258 or fill out our contact form to schedule a consultation to discuss your custody case and get your questions answered today with an experienced Knoxville divorce attorney.