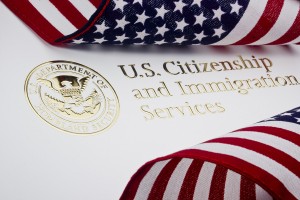 The Department of Homeland Security announced on November 14, 2019 that a new proposed rule will increase the fees that employers must pay for foreign workers to be eligible to work in the United states. The increased fees will apply even though the number of US job openings is more than the number of unemployed workers.

USCIS also proposes to increase the fees for O visas (workers with extraordinary ability/achievement) from $460 to $715. Fees for the following visa applicants would rise from $460 to $705:

Premium processing costs will stay the same but the time for a decision will be longer: 15 business days instead of 15 calendar days.

H-21 visas are for seasonal agricultural workers. H-2B visas are for seasonal nonagricultural workers. The proposal seeks to raise H-2A applications from $460 to $860, and H-2B visas from $460 to $725, “for petitions with named workers and limiting an application to 25 workers.” Since H-2A and H-2B petitions could previously include 100 or more workers, the increased fees can cost businesses thousands of dollars.

A final rule isn’t expected until a few months into 2020. Litigation regarding the proposed rule is also possible.

At LaFevor & Slaughter, our Knoxville immigration lawyers understand how important foreign workers are to local businesses. We explain the changes in laws, rules, and regulations as they are enacted and help companies understand how these changes will affect the timelines for approval. For help with all phases of an immigration visa application, call us at 865.272.4454 or use  our contact form to arrange a time to speak with our lawyers. We represent companies and individuals in Knoxville and the surrounding areas, and families who wish to work and live in the United States.